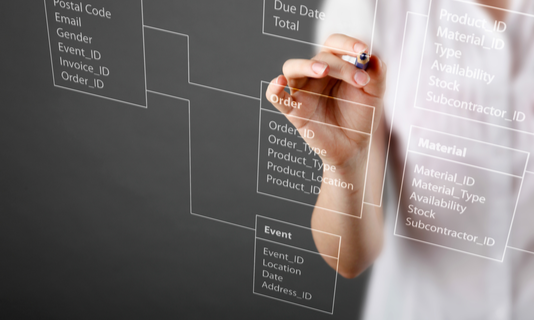 This article gives a high-level introduction to theFact-based Information Modeling Language (FIML), which is the central component of Factil's data modeling approach and technologies. FIML is a member of the family of Fact-Based Modeling languages.

Fact-Based Modeling is a semantically-rich conceptual approach for modeling, querying and transforming information. It is based on the following principles:

Constellation Query Language (CQL) was originally developed in 2008 by Clifford Heath, one of Factil's co-founders. CQL is a representation of ORM in plain text, and extended to cover queries. Some ideas were also adopted from the Semantics of Business Vocabulary and Business Rules (SBVR). One of the design objectives of CQL was to create a concise and precise structured nearly-natural language for conceptual modeling that is readily understood and verified by domain experts.

FIML has been developed by Factil as a subset of CQL, but with extensions in the area of integration logic.

This article gives a high-level introduction to the FIML. Details on how to download, install and use the open source implementation of the CQL compiler afcomp and links to further resources can be found at the end of the article.

The Fact-based Information Modeling Language (FIML) is a language for constructing and querying fact-based information models.

A FIML model is composed of the following kinds of statements:

A value type identifies a concept in the model with a single value (e.g., number, name, date, etc). A new value type is based on a parent value type with possible range restrictions and parameters. A value type is introduced with an "is written as" statement:

FIML itself has no built-in value types (you can use whatever names you like), but certain types are special when mapping to database or programming technologies, including String, Signed and Unsigned Integer, Real, Boolean, Date. Each value instance is identified by its canonical written form (so Real 2.00 is the same value as Real 2).

Value type constraints are introduced inside curly brackets, and are defined by a list of values or value ranges (including ranges with either end open), introduced with a "restricted to" key phrase:

An entity type identifies an object type of which the instances are identified through relationships with other objects (e.g., country, product, asset). An entity type is introduced with an "is identified by" statement. The long form lists the identifying roles and then enumerates the fact types, but a short-hand form introduced by "its" (a reference mode) provides a default has/is of fact type for a single role:

An entity type may be declared to be a subtype of one or more supertype entity types. All the characteristics and relationships of a supertype apply to the subtype. Subtyping is introduced with a "is a kind of" key phrase. A subtype may also introduce separate identification:

A ternary or greater fact type is a relationship between three or more objects, and will often be written with a verb between the first two objects and prepositions between the later objects.

A unary fact type declares a boolean property of a single object type.

Note that FIML does not understand grammar, so you are free to use any expression that makes sense to you and does not introduce key phrases in inappropriate contexts.

In addition, preceding and following text is also allowed in any fact type reading. For example, the following statement is allowed:

For binary and greater fact types, multiple readings can be given for the different object role orderings to denote the natural way of expressing the relationship in different contexts.

from QUANTITY to QUANTITY

where QUANTITY can be one or a number.

Here is an example of multiple readings for a fact type concerned with oil supply (note the "one" on Quantity, which implies that exactly one production forecast is being made):

Each fact type definition includes roles, each played by one object type. An object type may appear more than once in the same fact type, representing different roles in the relationship. For example, the Party object type appears twice in a Related Party relationship. To distinguish them in natural language they might be known as, say, the First Party and the Second Party. FIML offers several ways of indicating the different roles for the same object type in a fact type: as a named role, or using adjectives (bound initially by a hyphen - this is special markup).

A named object role is introduced by a "(as ...)" key phrase. Where a role name is used, it may be introduced anywhere in the statement (even after it has been first used!) but other occurrences of that role must all use the role name:

An adjectival object role is introduced by a hyphenated adjective either before or after the object type id:

Both forms are allowed in FIML to allow for languages and customs of having the adjective before or after the noun in an expression. Variations even allow multiple words or hyphenated words to be used, but this detail is not described here.

For example, here are two readings of a fact type where the role of the first instance of Product is implicitly named, and the second instance is adjectivally named:

Constraints state conditions that restrict the allowed facts and object instances in the model.

Some types of constraints are embedded in kinds of FIML declarations (some of these have already been introduced):

FIML allows the declaration of many types of ring constraint, but are not fully explained here.

Because of the difficulty of adequately verbalising such restrictions, ring constraints are introduced into FIML by attaching an annotation containing the ring constraints wrapped in square brackets "[ ... ]" at the end of a fact reading.

Here are some examples:

A simple either/or syntax and a generalised syntax allows a variety of other types of constraint to be defined:

Units are used to automate value conversions. A unit definition defines a new unit identifier in terms of one or more base units each possibly raised to a power and multiplied by an optional coefficient (a real number or integer fraction), plus an offset. A unit can be defined in singular and plural forms if they are different. A unit definition may be approximate, or even ephemeral (time-varying but provided by lookup to a web service). A unit definition is introduced by the "converts to" key phrase. The syntax rule for a unit definition from a single base unit is:

Here are a few examples, including more complex ones:

All the statements described above are FIML definitions that define the model. A model can also contain one or more data set populations containing instances of objects and facts. The anonymous population are things that always exist, such as required reference data. Other populations (prefixed by the name and a colon) can be used to provide example data, for example to specify test case scenarios. Populations are not checked for compliance with constraints.

A fact is instantiated by writing a reading with values after each of the roles. For example:

For an entity having multiple identifying roles, an expression containing multiple facts must be provided, using "and", or a comma or a contraction to combine the facts. Likewise, a fact instance is written in a syntax that combines the fact readings with the syntax for object instances. Every identifying role of an object must be bound to a value somewhere within the overall expression. Written in this way, a fact or object instance is a fully bound version of the supporting fact type or object type. A named fact type is instantiated by adding an "in which" clause in parentheses. The contraction is explained afterwards.

The example above follows the first occurrence of Supply Period with a right contraction, where the right-most player of the first reading is elided from the start of the second. The un-contracted form of this part would be:

A left contraction (where the left-hand player in the first binary is elided from the second) for this part might be:

The statements described above define the model and provide reference and seed data set for the model. In this section we describe how to query the data model. Query expressions may also be used within complex constraints, and are used in the definition of derived fact types.

A query in FIML is written in a similar syntax to a compound fact definition followed by a question mark "?", except that some roles may be left without a binding to any value (the quantifier "which" may be used to emphasise this). The query searches for possible values that satisfy the overall expression. If a value is provided for every object role (i.e. it is fully bound), then the query will return true or false (either the specified facts exist or they do not).

The result may be verbalised as: that Refinery in that Supply Period will make Product 'Super98' in Quantity 20;

A derived fact type combines a normal fact type definition (without quantifiers) with a query using the "where" keyword. The role players of the fact type are projected from inside the query. The full syntax is not presented here. FIML also supports derived subtypes, where the fact that a instance of a super-type must also be an instance of a subtype is derived. Finally as mentioned previously, most constraints can contain queries:

This description provides only limited coverage of the operation of queries, which is a large subject by itself and we will leave a coverage of this topic until a later article. Not all the provided query syntax is currently functional, and even where the syntax is accepted, not all the implementation is complete.

A model of the supply and demand for refined oil. A populated database can be used to optimise profitability by minimising transport costs, maximise supply by allowing substitution of compatible products (with compatibility depending on season) and also to predict shortages.

Here is the the full FIML for this model:

Downloading and Using the CQL Compiler

Within this project Clifford developed the Active Facts generator afgen, which reads a CQL or ORM data model and can generate any of a range of application and systems development outputs, including:

The flexible nature of the generator infrastructure means you can refine or develop new generators easily,

Here are some useful links for downloading, installing and using the afgen CQL compiler:

afgen has been released as an open source project under a MIT License, and you can install it using the ruby command gem install activefacts. The afgen source code and CQL examples can also be found on github at 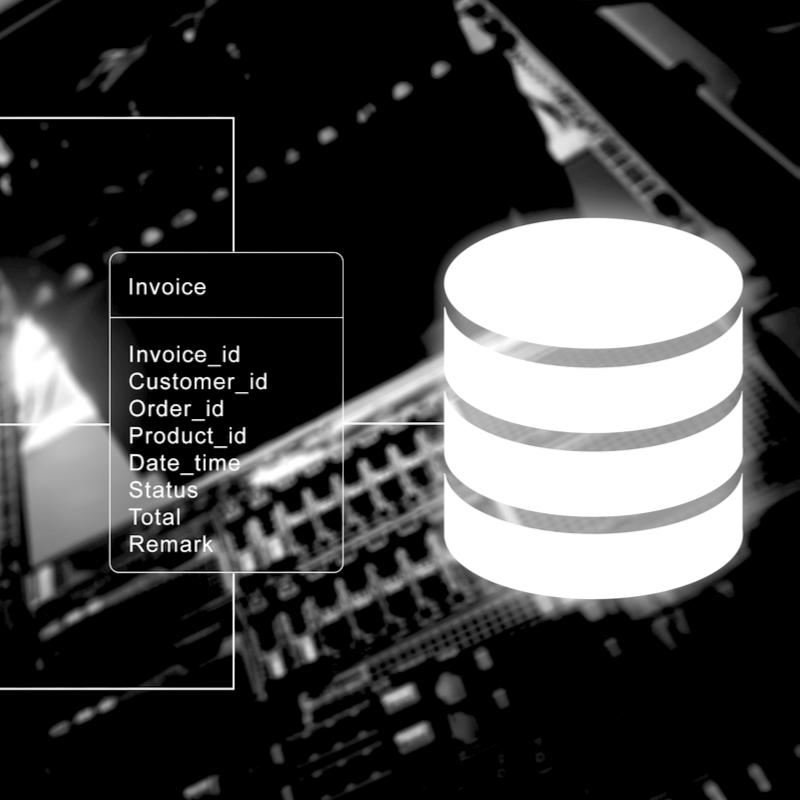